I have very briefly described my methodology for choosing the trade here, if you want to understand the table below

DSE (Daily Swing Extreme), in this case High (DSH – the orange line at the top of the image) has not been breached. Multiple variables played in my favour but there were also some variable that played against me (as always). Here is the list what was against me:

What played in my favour were primarily these features 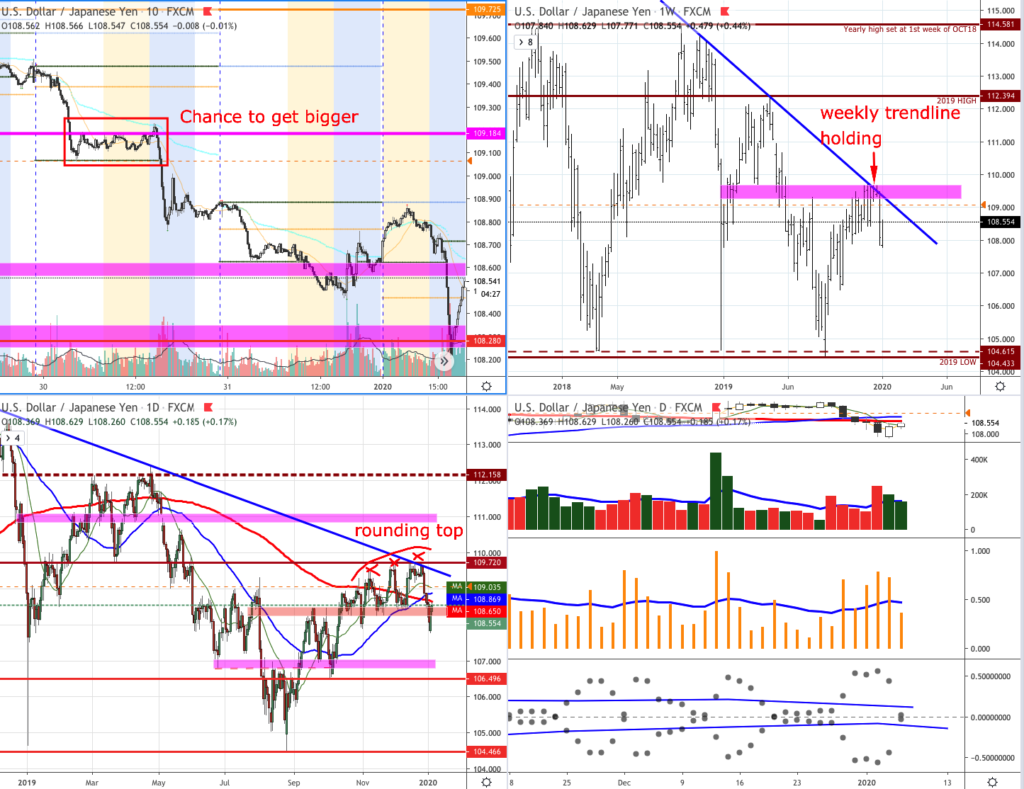 If I should highlight just one thing, it would be definitely the pressure to hold below 109.70 (DSE) and inability for the USDJPY to move higher. This gave me the confidence to start trading this pair.

What I liked about the trade was, that I entered mid range (balance zone) to get more favourable RR. I was almost stopped out but I would re-enter at least one more time if the balance zone would still hold and trade would be valid. I have also liked the way I have scaled out of the trade (see #1 and #2 scaling out on the image above)

What I can do better next time

Overall this was a nice trend to end the 2019 year green and profitable.